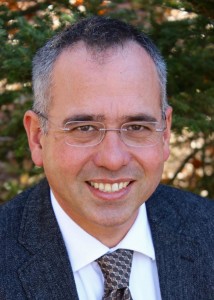 During his Air Force career, Lt Col Testerman served as an Offensive Systems Officer on the supersonic B-1B “Lancer,” and as a pilot in the F-15C “Eagle,” T-37B “Tweet,” and T-6A “Texan,” with over 3,000 flight hours and two combat tours in the skies of Kosovo, Serbia, and Iraq. He also served as a Flight Safety Officer, mishap investigator, instructor and evaluator, and commander of a NATO flying training squadron.

Lt Col Testerman’s nonflying assignments included service as an elite Presidential Advance Agent for President George W. Bush in which capacity he authored the procedures for “Navy One,” facilitating the President’s landing on the aircraft carrier USS Abraham Lincoln. As Chief of Defensive Fighter Operations for the Combined Air Operations Center in Greece, he conducted policing and defense of NATO airspace during the 2004 Olympics, while also acting as the unit’s chaplain liaison. Lt Col Testerman’s final active duty assignment was as the AFROTC Detachment Commander at the University of New Hampshire, also serving as the Department Chair of Aerospace Studies, teaching a course in leadership and ethics to military and civilian students. He retired after a 23-year career as an Air Force officer.

Since retirement, Lt Col Testerman has continued his public service as a part-time patrolman and police chaplain and was the top graduate of his class at the New Hampshire state police academy. He also works as an airline pilot and, with his wife and children, operates their family farm. He continues to be very involved with his local church congregation and community. He is a passionate speaker and writer, an advocate for the concerns of veterans and military members, and a dedicated student of the Constitution. Lt Col Testerman is a constant thorn in the side of his elected representatives.