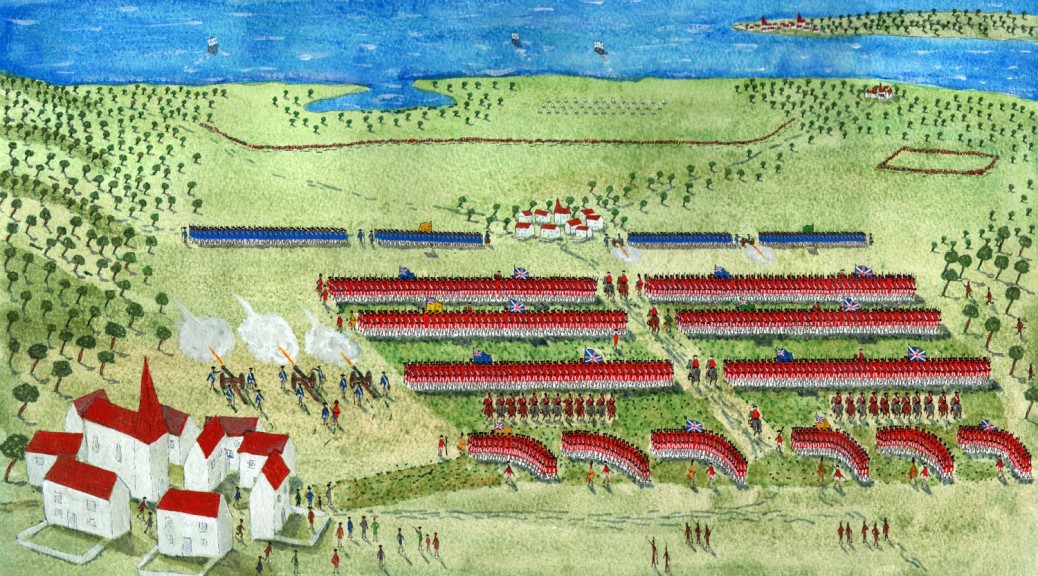 “That Gates is a damned fool.  He spent too many years in the British army.

Going muzzle to muzzle with redcoats in an open field.  It’s madness… this battle was over before it began.” – Benjamin Martin

This quote is from a scene from The Patriot, in which the protagonist and his son watch inexperienced Colonial militia line up against veteran British regulars during the early years of the American Revolution.

In the 18th century, this was the norm of conventional land warfare.  Tight formations of infantry supported by artillery and cavalry closed to within 50 yards (the effective range of the smooth-bore muskets) of a similarly-arrayed opponent and opened fire.  Light infantry “skirmishers” and cavalry served both to protect the flanks and to rush in to exploit weak points in the enemy’s formations.

This “line infantry” tactic had its roots in the Greek phalanx, in which heavily-armored, spear-bearing hoplites formed walls of shields and spears, moving methodically forward to slam into the enemy.  In what we might consider an arms race, this tactic led the standard infantry weapon – the spear – to grow in length from about 8′ in the 8th century BC to pikes as long as 18-20′ four hundred years later in the time of Alexander the Great.

Two thousand years later, the musket was essentially used as a 150′ spear (or with the bayonet attached, one with a bit less reach).  And line infantry tactics continued to be very similar to phalangial warfare, even capitalizing on Alexander’s innovations of calvary and light “skirmisher” infantry to protect the flanks, be a quick-reaction reserve to shore up weaknesses, and to deploy rapidly as a shock force to exploit the enemy’s weaknesses.

Such tactics required standardized equipment and armament, skilled leaders from the squad to the headquarters levels, and trained and disciplined foot soldiers.  All of these were strengths the British had and the Continental Army did not.

Benjamin Martin was correct.  It was a fool’s errand to meet the redcoats on their own terms.  The battle was over before it began.

Had the Continental Army continued to fight the British on level ground, we might still be a British colony today.  Instead, they adapted.  Instead of fighting the redcoats on their terms, they capitalized on their strengths such as familiarity with the terrain, support of the local populace, the longer effective range of the Pennsylvania Rifle over the Brown Bess musket, and others. 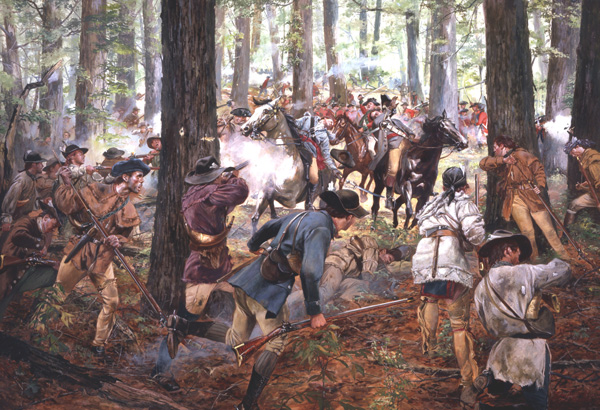 In contemporary military jargon, this is called “asymmetric warfare” – refusing to meet the enemy on areas in which it has an advantage or even parity, and instead using one’s strength against the enemy’s weaknesses.

What does this have to do with Pyongyang and Charlottesville?

Kim Jong Un is dangerous.  We cannot ignore his threats, his actions, and especially his steady progression towards attaining a significant intercontinental nuclear strike capability.  He is a despot.  He is a narcissist.  He is unstable.  He is ruthless.  He is largely unpredictable. 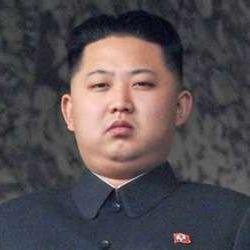 All these are reasons we must engage him.  But we can’t do so on his terms, in places where he has an advantage or even parity.

This is why I believe the President’s use of aggressive rhetoric through Twitter and public spokesmen has been a severe mistake.

National power is often simplified into an acronym, “DIME”: Diplomatic, Informational, Military, and Economic.  The United States of America enjoys an overwhelmingly-lopsided advantage in all of these areas.

However, in this information-driven age in which little capital is needed to broadcast a message to a worldwide audience, the microphones of President Donald J. Trump and Supreme Leader Kim Jong Un are very similar in effective range and power.

And so, when the President of the United States engages the Dictator of North Korea in a series of threats, counters, warnings, and other messages on the world stage, we are facing the enemy on the best terms for which he could ask.  We are engaging him in parity.

Kim Jon Un is getting exactly what he wants – recognition as a world power.  A person so important that the President of the United States reacts to his taunts on the world stage.

Likewise, in this nation, white supremacists, neo-Nazis, anarchists are at a severed disadvantage in almost every resource.  Despite what you may have heard, their numbers have actually been in decline (Source: FBI data and Southern Poverty Law Center) for the past several years.  Their effectiveness has been on the decrease also – anti-black hate crimes have been cut in half in the past two decades. 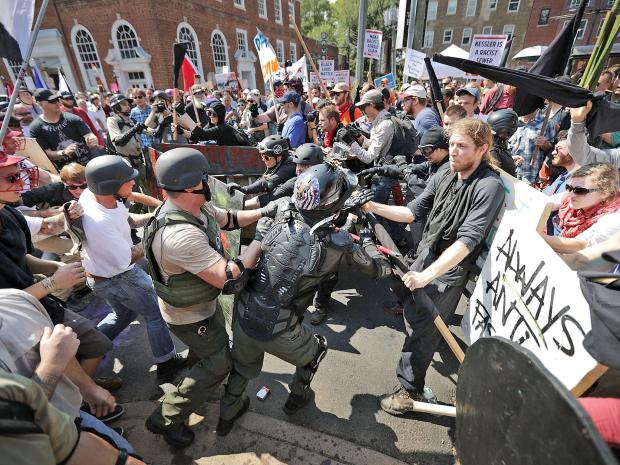 But one area that they have been increasingly effective – in essence waging asymmetric warfare of their own – is on the Internet and particularly social media, where it is relatively easy to make a small and weak organization appear and sound much larger and more powerful.

Their exploitation of this asymmetry was masterful last weekend in Charlottesville.  Though the gathering was possibly the largest of such aligned racist groups in recent history, it was a few hundred in the midst of a town of nearly 50,000.  But through the resources of the Internet, they showed up organized and equipped with the intent of inciting exactly the kind of violence they achieved.

And America played right into it.  We met them on their own terms, and played to their strengths.  They wanted an armed confrontation, and we gave it to them – on worldwide media.  We gave them the appearance of being bigger, stronger, and more significant than they are, and even worse, we gave power to their voices and their sick ideology.

Instead of fighting them, we are fighting ourselves.  And this, not force-on-force, nation-on-nation conflict, is the key element in what I outlined a year ago (How to Destroy the United States), a strategy to destroy our nation from within.

How do we defeat Kim Jong Un?  Where we are stronger than him – diplomatically and economically (and here we must give credit to the administration for recent wins in the United Nations where we finally have China at least tentatively, but unprecedentedly, onboard with sanctions).  We do it with information – not worldwide media, but offensive and defensive cyberwarfare, back-channel communications, and by gathering and exploiting intelligence.   And we do this while preparing and planning for military options – speaking softly and carrying a big stick.

The asymmetric approach to hate groups like we saw in Charlottesville is similar.  Hit where they are weak.  Capitalize on their small numbers.  When they organize a rally of hundreds in one town, we refuse to meet them force-on-force and instead organize a rally of thousands in another town in the same state.  When they try to capitalize on our differences on the Internet, we shake hands and link arms with our neighbors in person.  When they shout epithets, we speak truths.

Let them wallow in the swamp.  We’ll take the high ground.

They can’t match our numbers, they can’t disprove our truths, and they can’t break our spirit.