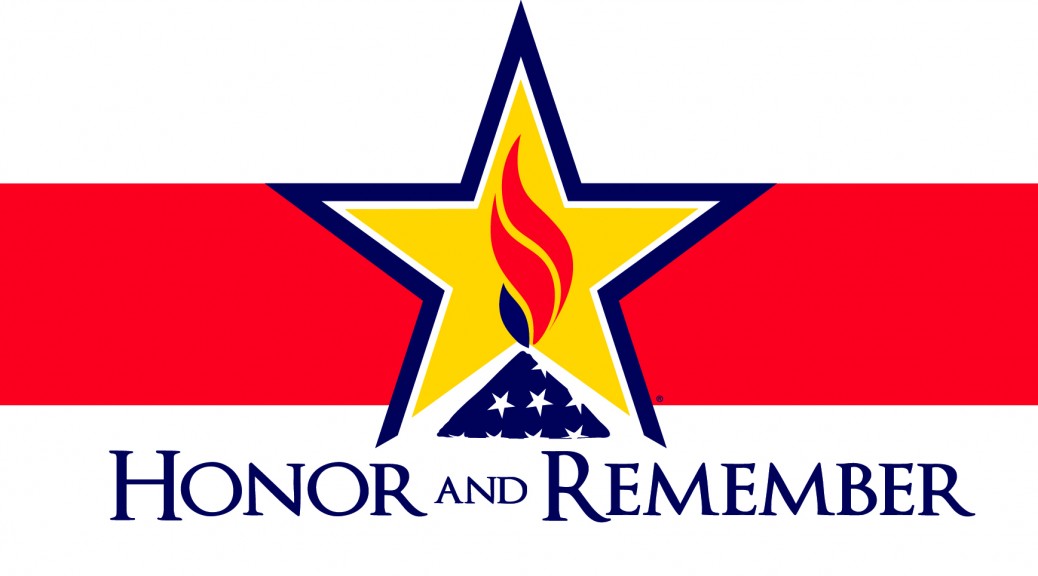 [Note: The speech above was given in 2013 to an event honoring Gold Star families in New Hampshire while I was still on active duty]

Thank you Gold Star families, for your sacrifice, the sacrifice that so few understand or comprehend.

And let’s thank God for blessing us with the gift of heroes, who have risked all and given all in the service of this country and its blessings, which themselves are a blessing from God.

In the news we are hearing talk about some nonsense that military members are not allowed to speak on matters of faith.

I’m thankful that the Pentagon has clarified this, that there is a difference between forced proselytizing – trying to coerce someone into accepting your religion – and honest dialogue or even evangelism.

It is impossible for anyone, and definitely impossible for me, to speak honestly from the heart and NOT express one’s faith in the process.  That’s true whether you are a Christian, a Jew, a Muslim, a Budhist, a Confucian, an agnostic or an atheist.  If you speak what you believe to be true, isn’t that speaking about your faith?

And if you refuse to speak about what you believe to be true, what would we call that?

In fact, like the heroes no longer with us, I was required to memorize the Code of Conduct of the United States Fighting Force, a code to which I am legally bound, which starts with:

I am an American, fighting in the forces which defend my country and our way of life.  I am prepared to give my life in their defense.

I will never forget that I am an American, fighting for freedom, responsible for my actions, and dedicated to the principles which made my country free. I will trust in my GOD and in the United States of America.

And I want to speak in truth and honesty to you today, and because of that, I’m going to have bring my faith into it.   Perhaps that is because the value of sacrifice is so central to my faith.

And as you know all too well, it is our Gold Star families who define sacrifice in the world today.

Your loved ones took that Code of Conduct to its ultimate end, giving their lives in the defense of their country and our way of life.  When the trumpet called, they answered.  When the attack came, they advanced to the sound of gunfire.  When all hell broke loose, they were there to put it back in shackles.  And in the end, they gave their lives so that others might live.

And for that, we honor them.  And we honor you also, the families of these warriors, who have sacrificed so much.

In fact, in my faith, it is Abraham, not Isaac, who is remembered as the honored for his sacrifice.  Because he was willing to put his beloved son on the altar.

And in my faith, I believe that God chose to use sacrifice as defining aspect of His character, so much so that He sacrificed His own Son to be tortured and hung on a cross so that we could be reconciled to Him.  He gave up his best to be killed for a world that didn’t deserve it, a world where many continue to fail to appreciate that sacrifice.

And that aspect of His character, the character of the God I serve, is what I see in you, the Gold Star families here today.

Because sacrifice is what military families have done and continue to do every day.

Because in a time where the military has gone to war while America has gone to the mall, a time where some have given all while most have neither been asked, nor volunteered to sacrifice more than putting a “support the troops” magnet on their trunk, you have sacrificed dearly.

Because while we in the military serve.  You sacrifice.

We strap on a jet, or shoulder a ruck and rifle, or sail on a ship, or do a thousand other things that we are called to do as not only our duty but our passion.  That is service.

But what YOU do and have done is sacrifice.

Military families sacrifice every time their loved one walks out the door.

…every time a ship sails.

…every time an aircraft takes off.

…every time your loved one says, “I have to go.”

…every time you say goodbye, whether in person, or on the phone, or on Skype.

…every time a staff car drives into the neighborhood and you say, “Please, don’t stop here.”

…every time a notification team walks up to a door.

…and in the days, months, and years afterwards, our Gold Star families continue to bear the burden of that sacrifice.

We serve.  You have sacrificed.  And in a country that sometimes seems not to understand or value that sacrifice deeply enough, we are here today to honor you.

To tell you that when the honor guardsman handed you that folded flag and said, “On behalf of a grateful nation,” those words were not empty.

To tell you that though some are too caught up in their own selfish needs and pursuits, that we honor your loved ones who gave all in service to things so much greater than themselves, and that we honor you, not just for allowing them to serve, but raising them, growing them, encouraging them, and molding them into the brave men and women they were, driven to serve things greater than themselves.

To tell you that, in the words of Hub McCann, there are some things worth believing in.  “…That honor, courage, and virtue mean everything; that power and money, money and power mean nothing; that good always triumphs over evil… that love… true love never dies.”

To remind ourselves that just as your sacrifice continues every day, our support for you needs to continue every day.  Whether that support is s phone call, or stopping by to watch the kids, to bring a meal, help with an errand, or to pray, or just to stop and sit with you.

As I prepared to talk to you today, I reached out to Gold Star families I know personally, and I want to pass along words from two amazing women, whose husbands died in service to our country.

Tami, whose husband Dee died last year in Southwest Asia, asked me to pass this to you, our Gold Star families:

You are as much a hero as your loved one lost. Know that it may seem that people forget. In general when events like this happen the people around you get to choose how much they are going to allow the event to affect them–you don’t get to choose. Know in your heart that everything that happened matters–your loved one matters (not mattered)…You are not alone! You have good friends (some whose relationship blossoms after the event), you have family (though you will see that the relationship with your family has changed too), but most of all you have people who are on the same walk as you. Embrace those who have been there–use their support and tell them your darkest thoughts that you need to get out. These are the people who have thought that too and can tell you how they have gotten through it. Know that God is good and choosing JOY is a difficult decision (usually the more difficult one) but it is worth it.

Leigh, who lost her husband Nick over three years ago added this:

Also, know that you are not alone in this. There are many that are walking the same journey as you, and we are for you, to encourage you and let you know it will be okay…because it will. I have walked this journey for 3 1/2 years with two very young children. It’s not always easy, but God has truly blessed our lives and has been amazing in his provisions for our “new” life.

And to those of us who support Gold Star families, they both asked us to remember that the sacrifice continues well past the time that most of the immediate assistance ends.  Take the time to reach out, whether they are next door or across the country.  Remember that, though wounds heal over time, the loss remains.

Nick and Dee were good friends of mine, warriors like your loved ones who chose to serve in one of the most challenging times of our nation’s history.  Like your loved ones, they lived the code and never gave up the faith, and we owe it to them never to give up our support for you, and our honor both for their lives and your sacrifice.

I’d like to close with words from a much greater leader than me to a mother who lost her sons in war.  His words are more eloquent, and his burden of leadership greater than any I have carried.

“I feel how weak and fruitless must be any word of mine which should attempt to beguile you from the grief of a loss so overwhelming. But I cannot refrain from tendering you the consolation that may be found in the thanks of the Republic they died to save.

I pray that our Heavenly Father may assuage the anguish of your bereavement, and leave you only the cherished memory of the loved and lost, and the solemn pride that must be yours to have laid so costly a sacrifice upon the altar of freedom.

Yours, very sincerely and respectfully,

May God hold you in His comforting hands

May God spur us into action to support you

And may God continue to bless the United States of America.

Note: The speech above was given in 2013 to an event honoring Gold Star families in New Hampshire while I was still on active duty.